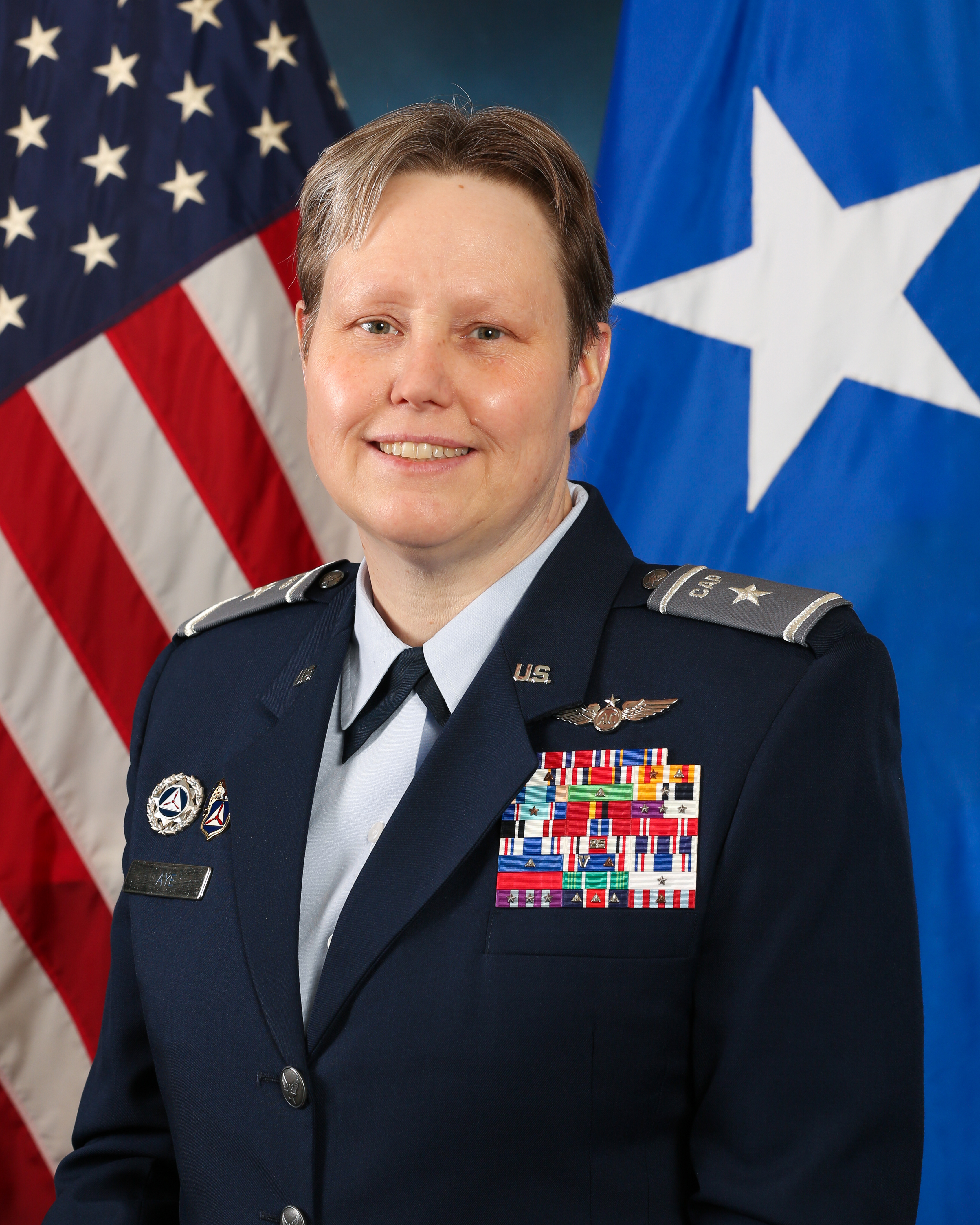 Regena Aye is the National Vice Commander of Civil Air Patrol. She was named to the leadership position by Major General Edward D. Phelka, CAP’s CEO/National Commander, confirmed by the organization’s Board of Governors, and promoted to Brigadier General (one-star) with General Phelka when he took command on Aug. 26, 2021.

Her primary duty as National Vice Commander is to help General Phelka lead CAP’s 56,000 volunteers in fulfillment of the nonprofit organization’s three primary missions of emergency services, aerospace education and cadet programs. In its role as the Air Force auxiliary, CAP is a member of the Total Force, filling a critical role in Defense Support of Civil Authorities that includes preserving life, relieving suffering, and providing training support. In addition to advising General Phelka and the Board of Governors on operational and policy issues, she will also be a member of both the Command Council and Senior Advisory Group.

A college teacher and mentor by trade, General Aye was the first CAP Chief of Education and Training, a national post she assumed in 2020 after leading the Leadership Development Working Group that, over a three-year period, revised CAP’s legacy professional development program and replaced it with the more flexible Education and Training program. The new program launched in 2020 includes Volunteer University, which provides on-site and online professional development experience for CAP’s nearly 34,000 adult members, and the Mentoring Program.

Prior to her appointment as Chief of Education and Training, General Aye served as Commander of CAP’s North Central Region from 2016-2020. She was responsible for leading the region’s seven wings, including her home state of Kansas. Before that, she served as Region Vice Commander (2013-2016) and Commander of the Kansas Wing (2008-2012).

General Aye has a CAP Senior Aircrew rating and is qualified as a Liaison Officer, Mission Staff Assistant, Public Information Officer and Mission Safety Officer. Outside CAP, she works as an online professor at Baker University in Baldwin City, Kansas, where she teaches Instructional Design and Performance Technology (IDPT). She has served as the university’s IDPT doctorate program coordinator since 2019.