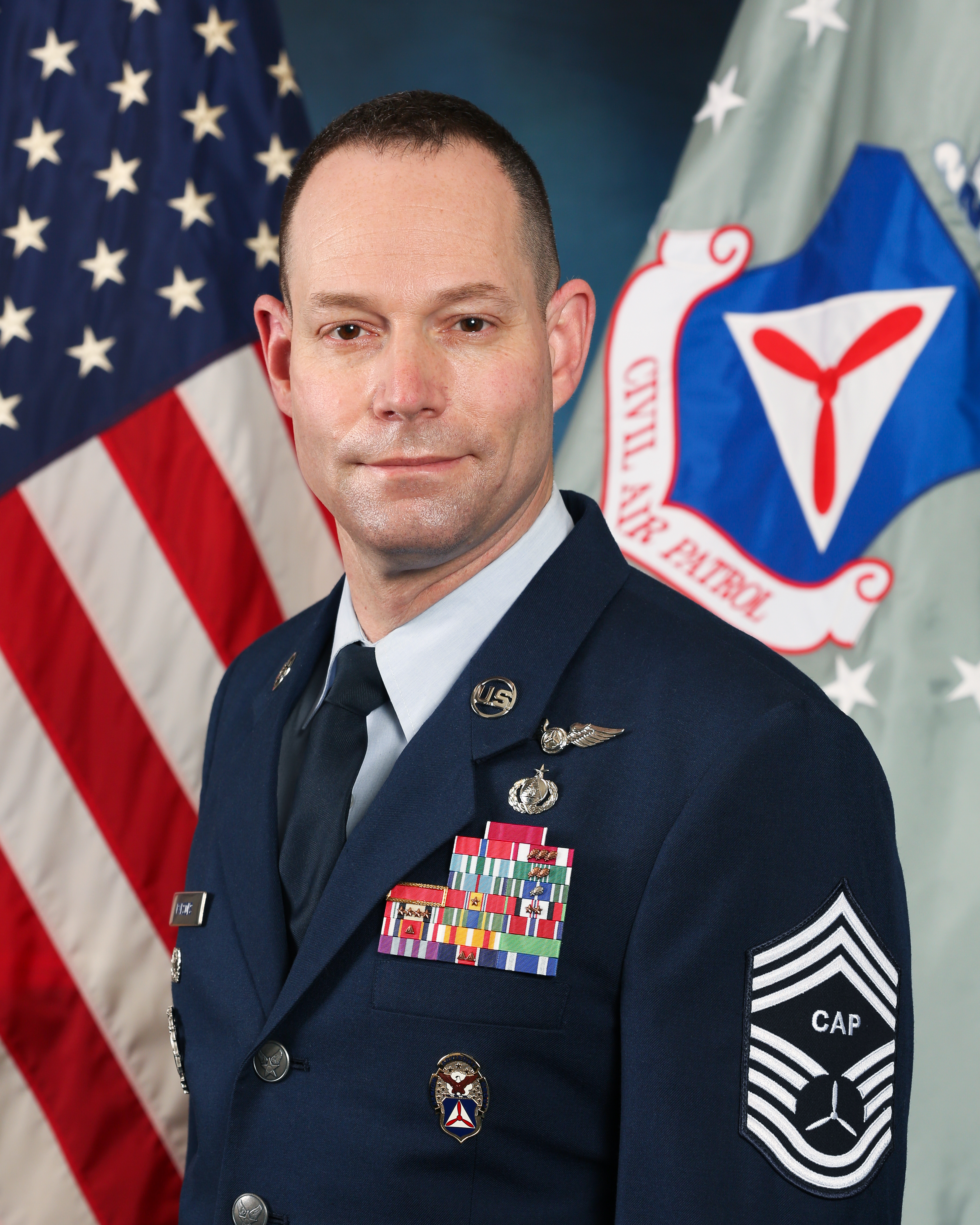 Chief Master Sgt. Todd H. Parsons is Civil Air Patrol’s fifth National Command Chief. He serves as an adviser to the National Commander and participates in the Command Team’s decision-making, as appropriate, on technical, operational, and organizational issues. He will be responsible for reviewing U.S. Air Force, CAP-USAF, and CAP wing instructions and policies and providing input and recommending changes for instructions and policies affecting CAP members. He also heads CAP’s Noncommissioned Officer (NCO) Corps.

Chief Parsons assumes responsibility as National Command Chief following four years as the Command Chief of the Mid- Atlantic Region. As a key member of the Region Command Team, he served as the principal advisor to the Region Commander and directly managed the leadership, utilization, and professional development of 8,200 members in the Delaware, Maryland, National Capital, North Carolina, South Carolina, Virginia and West Virginia wings.

Originally a CAP Major, he resigned his appointment as a CAP officer in February 2018 to become a Chief Master Sergeant, based on his rank and experience in the U.S. Army.

Looking to get involved in aviation, Chief Parsons joined Civil Air Patrol in 2011. He took to CAP like “a duck to water” and served in multiple roles, including Flight Commander of the Wiesbaden Cadet Flight in Germany (a CAP unit that he stood up as a subordinate organization of the Ramstein Cadet Squadron), and as Squadron Commander of the Virginia Wing’s Leesburg Composite Squadron. He has Master ratings in both Emergency Services and Cadet Programs, and he achieved Level V in the CAP professional development program. As a result of his extensive professional education in Civil Air Patrol, he earned Gill Rob Wilson Award #3383 in July 2016. He is also a recipient of the Meritorious Service Award with two devices and the Exceptional Service Award.

Although he was born in Moorestown, New Jersey, Chief Parsons grew up in multiple locations because his father served on active duty in the U.S. Marine Corps. Following in his father’s military footsteps, he enlisted in the U.S. Army in 1990. He has served in numerous leadership positions in the Army, and has completed four tours in Germany, two tours in Iraq, one tour in Afghanistan, and one tour in South Korea. He retired from the Army in 2019 with over 28 years of military service. He is the recipient of the Legion of Merit award, the Bronze Star Medal, and the Meritorious Service Medal with three oak leaf clusters.

Chief Parsons holds a Bachelor of Science from Excelsior College and is pursuing a master’s degree.

He is also well known in CAP ranks for his affinity for bacon and the fine art of grilling spare ribs.