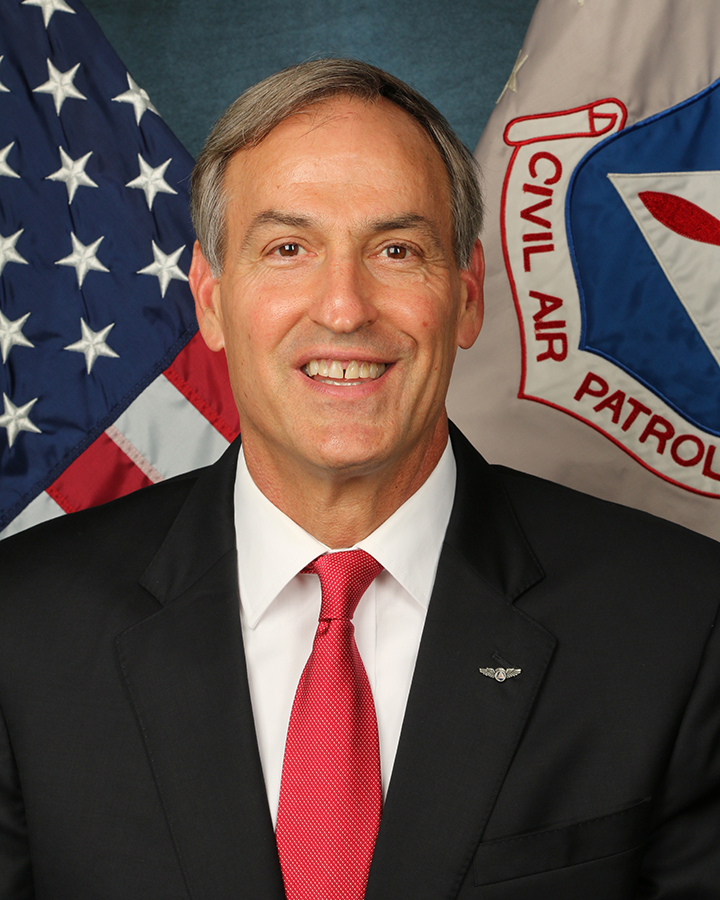 Mr. John Salvador is the Chief Operating Officer at Civil Air Patrol National Headquarters, Maxwell Air Force Base, Ala. In this role Mr. Salvador manages the day-to-day operations of the National Headquarters. This includes ensuring compliance with all applicable Air Force, Department of Defense and Federal grants laws/directives plus centralized procurement of all major equipment, vehicles and aircraft. He also serves as the executive secretary of CAP’s Board of Governors — the organization’s governing body.

Mr. Salvador helps ensure the effectiveness of CAP’s 56,000 volunteers in fulfillment of the nonprofit organization’s three primary missions of emergency services, aerospace education and cadet programs. In its role as the Air Force auxiliary, CAP is a member of the Total Force, filling a critical role in Defense Support of Civil Authorities that includes preserving life, relieving suffering, and providing training support.

Mr. Salvador was born in Stafford Springs, Conn. He graduated from the U.S. Air Force Academy with a bachelor’s degree in aeronautical engineering, later earning a master’s degree in management from Webster University. He served 21 years in the Air Force, devoting much of his career to pilot training and also serving tours at Headquarters Air Education and Training Command, the Pentagon and in Turkey during the first Gulf War. He retired as a lieutenant colonel in 2000.

Mr. Salvador is a command pilot with more than 3,600 hours in operational support, trainer and light civilian aircraft with nearly 2,000 instructor pilot/flight examiner hours in T-37, T-38 and light civilian aircraft. He is a distinguished graduate of Squadron Officers School, and a graduate of Air Command and Staff College, Armed Forces Staff College and Air War College. He has also completed the Grants Management and Nonprofit Board Education Certificate Programs.

His involvement with CAP began in 1995 when he became Director of Operations for Civil Air Patrol-U.S. Air Force, the liaison and oversight organization bridging CAP and the Air Force. In this role, he directed flight activity for all of Civil Air Patrol-U.S. Air Force and provided advice to CAP units nationwide. After Mr. Salvador retired from the Air Force, he became Chief of Aerospace Education at CAP National Headquarters where he helped CAP and teacher members use aviation and space related activities to inspire cadets and school children to excel in science, technology, engineering and math subjects. He then served as the Missions Director, where Mr. Salvador was responsible for all CAP operational matters nationwide. He also served as Senior Director and was responsible for the National Headquarters public affairs, personnel, membership, cadet programs, aerospace education, professional development, plans, history, publications and special events staff and programs.