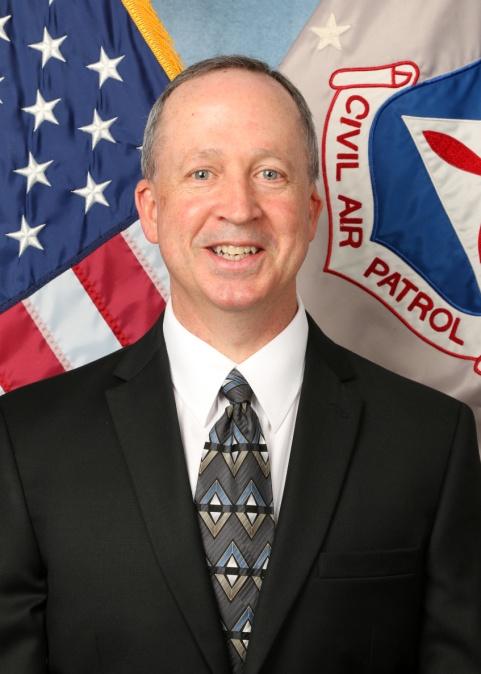 Mr. Paul Gloyd is the Deputy Chief Operating Officer at Civil Air Patrol National Headquarters, Maxwell Air Force Base, Ala. In this role, he assists the Chief Operating Officer in managing the day-to-day operations of the National Headquarters. This includes ensuring compliance with all applicable Air Force, Department of Defense and Federal grants laws/directives plus centralized procurement of all major equipment, vehicles and aircraft.

Mr. Gloyd began his military career right out of high school as a KC-135 crew chief in the Ohio Air National Guard. He later graduated from The Ohio State University with a bachelor’s degree in aeronautical and astronautical engineering and received his commission through the university’s Reserve Officer Training Corps program. Mr. Gloyd served more than 26 years in the Air Force in a variety of staff and operational assignments, commanding at both the squadron and group level, and concluded his career as the CAP-USAF commander.

Mr. Gloyd is a command pilot with more than 3,300 hours in the T-37, C-5 and light civilian aircraft. He is a graduate of Squadron Officer School, Air Command and Staff College, and Air War College, and earned a master’s degree in Aeronautical Science from Embry-Riddle Aeronautical University. Mr. Gloyd is also certified in Grants Management and Nonprofit Board Education.

Mr. Gloyd was a CAP cadet from 1977-1980 and joined the National Headquarters staff in 2015. He served as the chief of CAP plans and programs before assuming his role as the Deputy Chief Operating Officer.