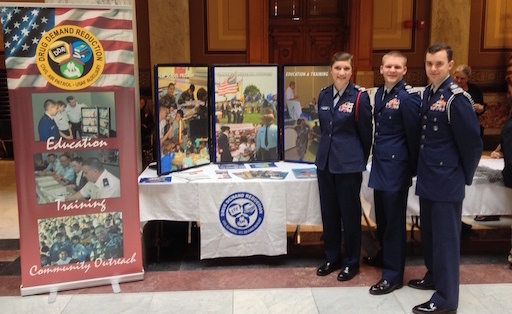 Indiana Wing chose to increase their Civil Air Patrol’s visibility by selecting cadets to attend a paging day at the State Capitol. Cadets were given the opportunity to set up a table featuring Drug Demand Reduction materials, increasing awareness of CAP by state legislators during a high-traffic session day in the State Capitol. As an added bonus, cadets documented their day in pictures and worked with their Wing’s Public Affairs Officer to feature the photos on social media, being careful to feature legislators by name, with links and tags to their official social media outlets. 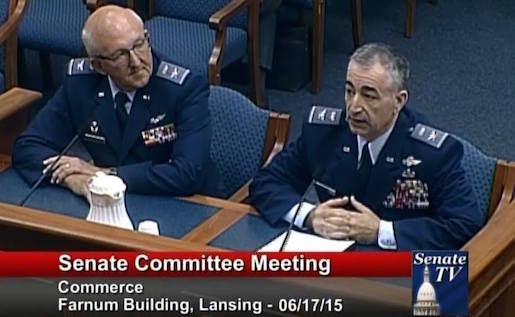 Wisconsin Wing holds its own Legislative Day each year at the State Capitol in Madison. Wisconsin Wing features more than 50 members from around the state, and focuses on educating legislators about Civil Air Patrol and its missions.
During the day members visit more than 125 legislators. In 2016 Governor Scott Walker issued a proclamation that recognizes the value of Wisconsin Wing and acknowledges CAP’s 75 years of service to the state and nation.
Throughout the day members received warm welcomes from legislators. The members divided into teams, with most teams having at least one cadet assigned to it. Members shared their personal stories about why CAP matters to them, as well as the value CAP provides to the state and to local communities.
Through the day’s efforts the Wing’s Legislative Squadron garnered more than 30 new members, doubling its size. Legislative Days increase CAP’s visibility, especially when the Public Affairs Officer assists in providing owned media and securing earned media.
© 2021 Civil Air Patrol. All rights reserved .