A Plan of Action (POA) is a yearly plan for conducting Aerospace Education at wing level.  The POA is a documented record of what the flight, squadron, group, wing, and region hope to accomplish during the year.  The best plans state goals and then either have objectives below the goals or outline ways to achieve or measure those goals.  Each level (region, wing, group, and squadron) should develop a POA.  The plan sets goals, provides for recording results and uses the results to produce the metrics for the annual AE Activity report.   Aerospace officers should use whatever format works best for them, but they should definitely have a written plan that addresses all of the major areas of Aerospace Education such as staffing, AE Internal Programs, AE External Programs, AE Awards, and Reports.

Each flight, squadron, group, wing, and region should develop a POA.

The online squadron and group AE POA forms are now available in eServices.

The Plan of Action should be distributed as follows:  One copy each to the Wing Commander, Wing DAE, Wing Liaison Office, Region DCS/AE and Commander, and each unit (AEO and Commander) file. 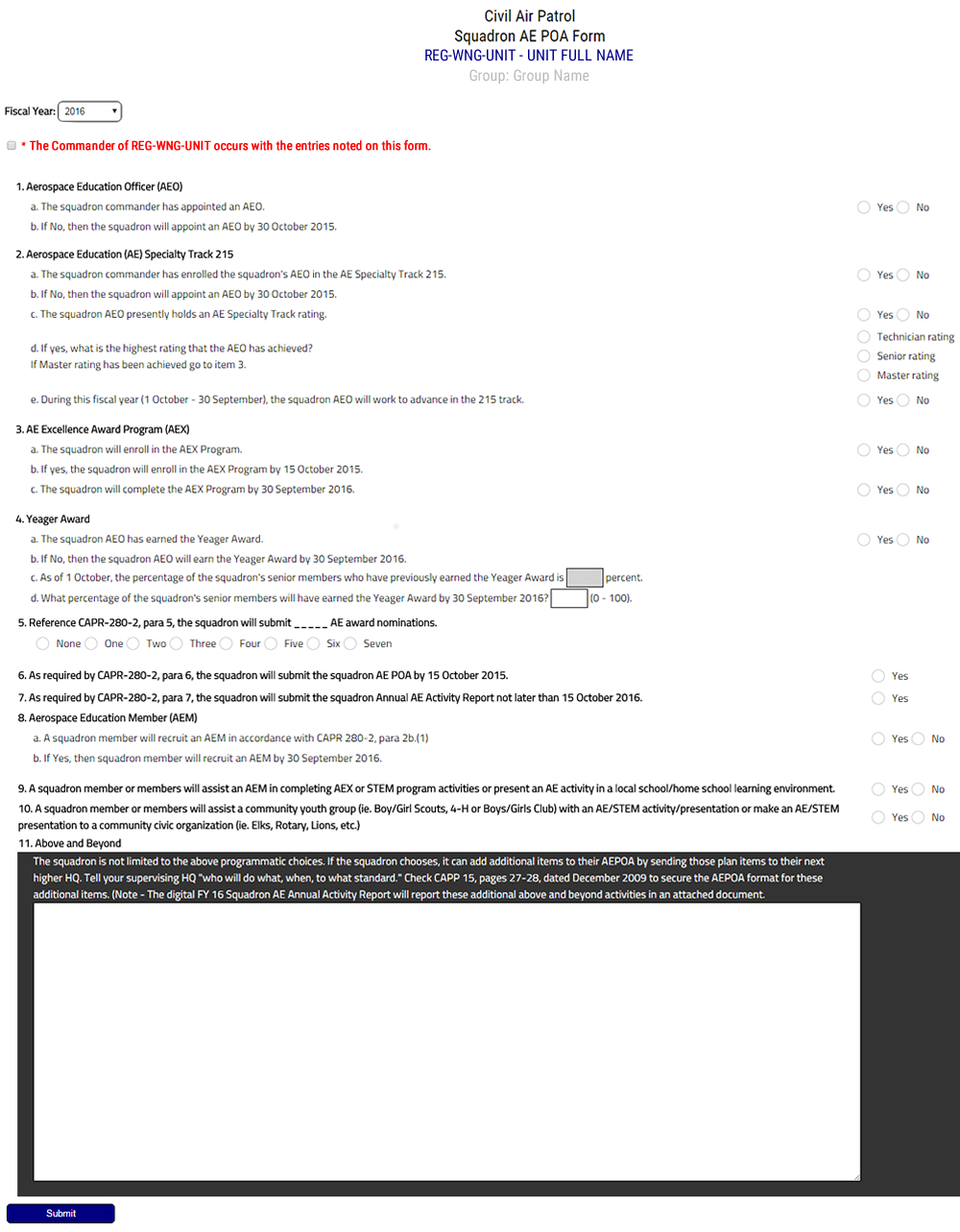