Leadership and aerospace are arguably the two thematic areas of cadet life that receive the greatest attention. How might we motivate cadets to excel in the other two areas, fitness and character? At the Air Force Academy, an award program called the Cadet Merit List recognizes high-achievers in academics and fitness. We’re proposing a Cadet Merit List for CAP that would encompass two awards, the Cadet Academic Award and the Cadet Physical Fitness Award. Every cadet would be eligible, and competition should cause the higher Merit List standards to become the new de facto standard — nobody wants to be left behind.

A person of character practices the discipline of prioritizing higher obligations. For cadets, academic excellence at school is one such high obligation.

We envision a voluntary program where cadets who desire the Cadet Academic Award would need to show a school report card with a cumulative grade point average of 3.0 (4.0 scale). This criteria mirrors National Honor Society standards.

The award would expire after 6 months. To continue with the award, the cadet would need to sustain that cumulative 3.0 GPA.

The idea here is for the award to provide cadets yet another reason to excel at school.

To encourage excellence in physical fitness, we envision recognizing cadets who attain the Healthy Fitness Zone standard that’s set for one year above their age (e.g., cadets aged 13 would aim for age 14 standards) in all 5 CPFT events, unless medically restricted, in which case that event would be waived.

As with academics, the Cadet Fitness Award would expire after 6 months. Thereafter, cadets would need to re-earn the award or remove it from their uniform.

Applying for encampment cadre? Going for a scholarship? You’ll want to be on the Cadet Merit List to be competitive. 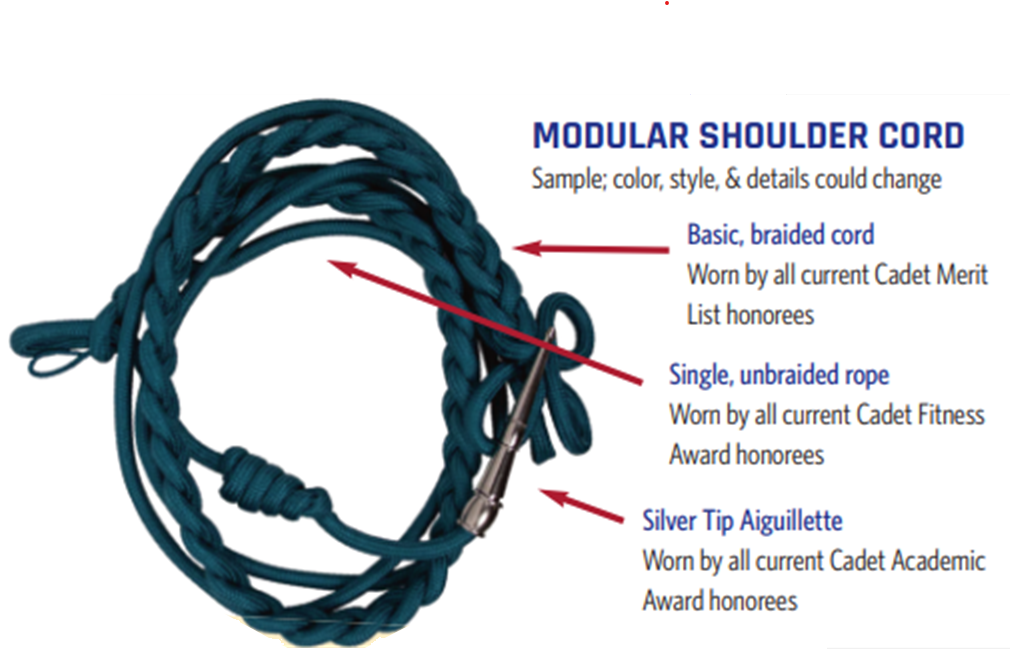 We know that this program needs to be easy for squadrons to administer. We envision using eServices to record the Merit List honorees, with cadet personnel records showing all the instances where the cadet achieved the academic and fitness standards as well as the date that the next 6-month cycle ends.

The National Cadet Team welcomes feedback on the larger concept of the merit list, as well as the proposed finer details such as the form of the award, cord vs. badge, and the specific levels and time periods for earning these recognitions.