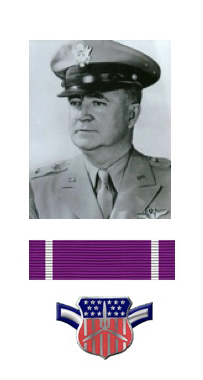 1.   General Advancement Pre-Requisites  (Ref: CAPR 60-1, 5.2.3)
Be a current CAP cadet, as shown in eServices.
Possess a CAP uniform and wear it properly.
Be able to recite the Cadet Oath from memory.
Participate actively in unit meetings.

2.   Leadership:
Pass an online test on Learn To Lead chapter 1, with a grade of 80% or higher, open-book.
This test includes multiple-choice questions and a section testing performance in drill and ceremonies.

3.   Aerospace:
There is no requirement for the Curry Achievement.

4.   Fitness:
Attempt the cadet physical fitness test.
See where you are relative to the Healthy Fitness Zone.
Set personal goals and begin working towards them.

5.   Character:
Participate in the Cadet Wingman Course offered at the squadron.

Maj Gen John F. Curry served as Civil Air Patrol's first National Commander. His tenure coincided with the early days of WWII, a time when ordinary citizens were searching for ways to help the war effort. So great was the desire to serve that Curry quickly built a force of 100,000 "flying minutemen" from across the nation. As a flier himself, he believed in airpower, so Curry knew that to win the war, America had better make use of the airplane's capabilities. Because of Curry's leadership, CAP aircrews were tasked with missions that were of national importance, but which the military did not have the time or ability to complete. CAP volunteers began flying aerial search missions, watching the US / Mexico border for espionage, towing aerial targets for the Navy, and most famously, searching the Atlantic for (and sinking!) Nazi submarines. Although General Curry served as national commander for only 4 months, he set CAP on a course for success.