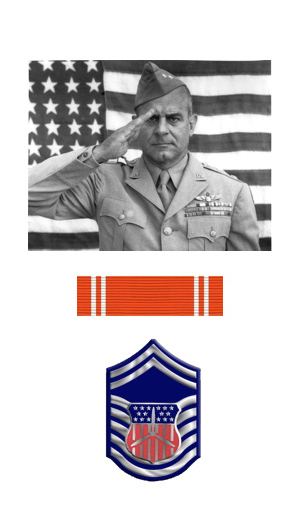 1.   General Advancement Pre-Requisites  (Ref: CAPR 60-1, 5.2.3)
Be a current CAP cadet, as shown in eServices.
Possess a CAP uniform and wear it properly.
Be able to recite the Cadet Oath from memory.
Participate actively in unit meetings.
Have spent a minimum of 8 weeks (56 days) in Achievement 5, unless eligible for a JROTC accelerated promotion (see CAPR 60-1, 5.6.2.3).

2.   Leadership:
Pass an online test on Learn to Lead chapter 4, with a grade of 80% or higher, open-book.
This test includes multiple-choice questions and a section testing performance in drill and ceremonies. 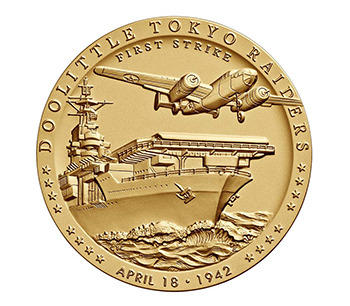 Before he volunteered for military service during WWII, Jimmy Doolittle was a leading figure in aviation and one of the first individuals to earn a doctorate in aeronautics at the Massachusetts Institute of Technology, in 1925. His many accomplishments aloft include his winning nearly every notable aviation trophy and being the first airman to fly "blind," using instruments alone. When war arrived, Doolittle returned to the Army Air Corps (he had served as a lieutenant in the 1920s). America was desperate to avenge Pearl Harbor, although few dared imagine we could hit Japan, for bombers had never launched from aircraft carriers. Such a mission was dubious technically, and ultra-dangerous for being a one-way flight, with crews either crashing in China or bailing-out as they ran out of fuel. For leading the daring air raid on Tokyo, he was awarded the Congressional Medal of Honor, and his men -- The Doolittle Raiders -- were recognized with a Congressional Gold Medal (pictured). Later in the war, Generals Hap Arnold and Tooey Spaatz mentored Doolittle, helped hone his leadership skills, and he successfully commanded the 8th, 12th, and 15th Air Forces. By war's end, he had risen to the grade of lieutenant general. In the twilight of his life, still a celebrated American hero, President Regan promoted him to four-star general.