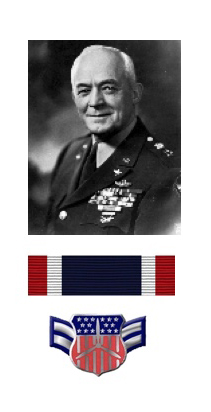 1.   General Advancement Pre-Requisites  (Ref: CAPR 60-1, 5.2.3)
Be a current CAP cadet, as shown in eServices.
Possess a CAP uniform and wear it properly.
Be able to recite the Cadet Oath from memory.
Participate actively in unit meetings.
Have spent a minimum of 8 weeks (56 days) in Achievement 1, unless eligible for a JROTC accelerated promotion (see CAPR 60-1, 5.6.2.3).

2.   Leadership:
Pass an online test on Learn To Lead chapter 2, with a grade of 80% or higher, open-book.
This test includes multiple-choice questions and a section testing performance in drill and ceremonies.

4.   Fitness:
Participate in at least 1 fitness activity in the squadron.
If the Cadet Physical Fitness Test has not been attempted for 180 days or more, re-attempt it.
Consider the personal fitness goals you set during Achievement 1; evaluate your progress and continue exercising regularly.

About General of the Air Force H. H. "Hap" Arnold

General "Hap" Arnold was the leading airman during World War II. Born on June 25, 1886, in Gladwyne, Pa., Henry "Hap" Arnold expanded the pilot corps by sending military officers to civilian flight schools. Arnold was a milestone aviator who has a notable list of firsts in his log book. In September 1911, he flew the first U.S. airmail; a year later, he won the first Mackay Trophy for aviation. In July 1924, he set a new speed record, 113 mph average, between Rockwell and San Francisco. He followed this feat with his second Mackay Trophy for his command of a flight of 10 Martin B-10 bombers from Bolling Field, DC, to Fairbanks, Alaska, and back. In 1938 he became chief of the Air Corps. In December 1944 he was one of four Army leaders promoted to the five-star rank of general. In May 1949 he was named General of the Air Force, the first such commission ever made.