The Cadet Ball & The Grog

What place should a Cadet Ball, formal dinner, or military dining-out occupy in the CAP Cadet Program? I write as a huge advocate for the Cadet Ball (the term I prefer) because the formal social event is a fun way to impart the Core Value of Respect. 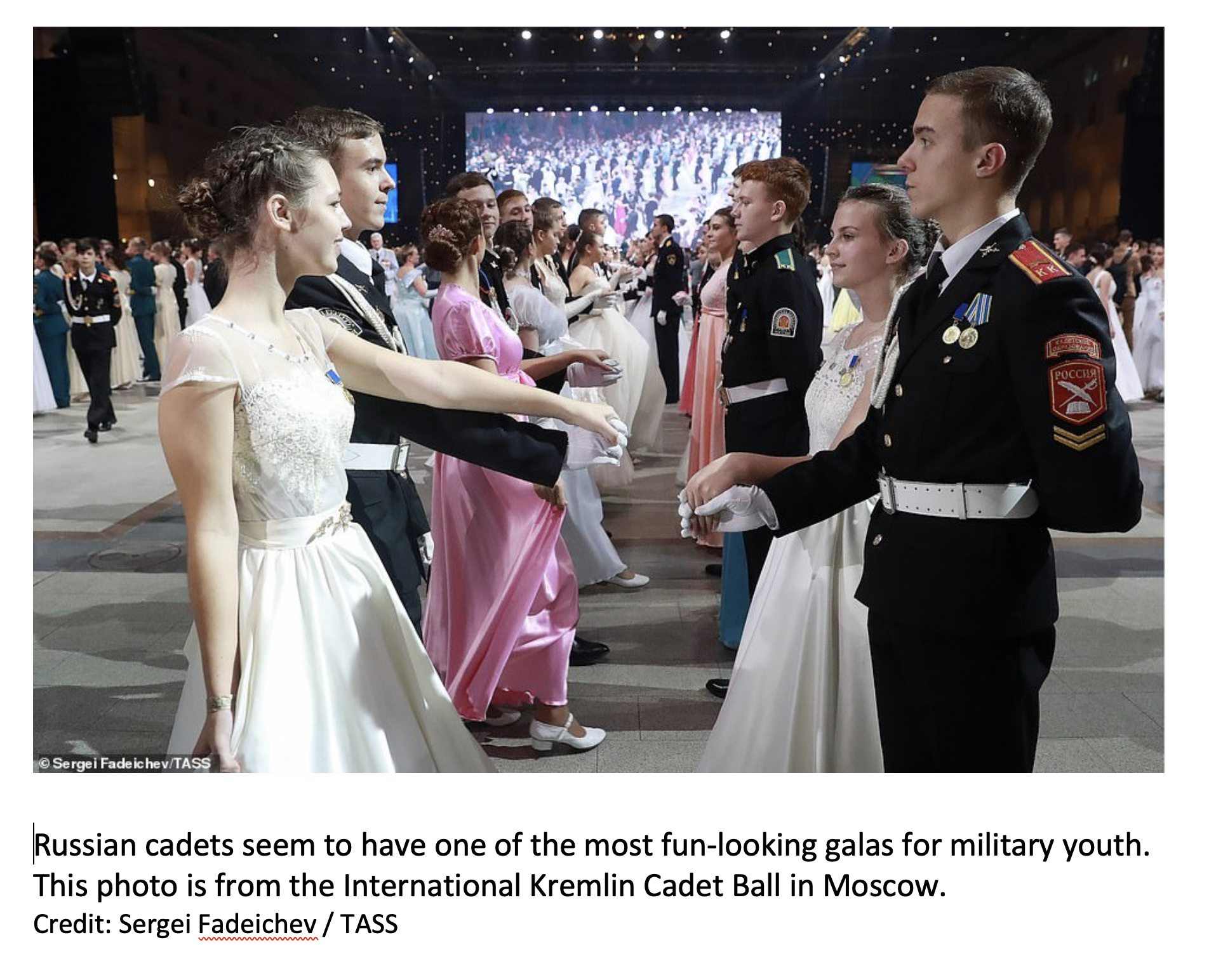 In some locations, the Cadet Ball’s distinguishing feature has been the grog – a foul-tasting concoction sometimes containing Coke, OJ, Worcestershire sauce, salt, and other stuff that is okay on its own but disgusting as a mixed beverage. Participants are “ordered” to drink from the grog in sufferance for their “infractions” against the formal dining rules. At some events, the grog bowl is a sanitized toilet and a combat boot substitutes for a ladle. Whatever its ingredients, the grog is a parody. It’s supposed to be silliness in good fun, and mostly is, so why has CAP prohibited the grog at cadet activities? (Ref: CAPR 60-2, 2.2.2, November 2019)

Consider how parodies work elsewhere in life. The movie Shakespeare in Love is extra-hilarious to English majors like yours truly because we get more of the jokes. To appreciate a parody, you need to be conversant with the original. The Austin Powers movies must seem bizarre if you’re unfamiliar with Bond, James Bond. Some might concede that grogs parody formal etiquette but reply that even a 12-year-old cadet can laugh at the silliness, so where’s the harm?

The grog is inappropriate for the CAP cadet age group because we’re asking cadets to simultaneously comprehend and appreciate two ideas that are in direct opposition.

The grog is inappropriate for the CAP cadet age group because we’re asking cadets to simultaneously comprehend and appreciate two ideas that are in direct opposition. Call this the “oppositional problem.” For the grog, the two opposing ideas are (1) that formal settings call for high manners that ennoble all who participate and (2) formal settings are ripe for mockery. Imparting the first idea upon cadets who are getting dressed up for the first time in their lives is a significant challenge: Attire. Table manners. Conversational skills. Politeness and grace without stuffiness. When we send cadets to the grog, we risk undoing learning that is not yet fully ingrained, even if the grog is a yummy G-Rated beverage. 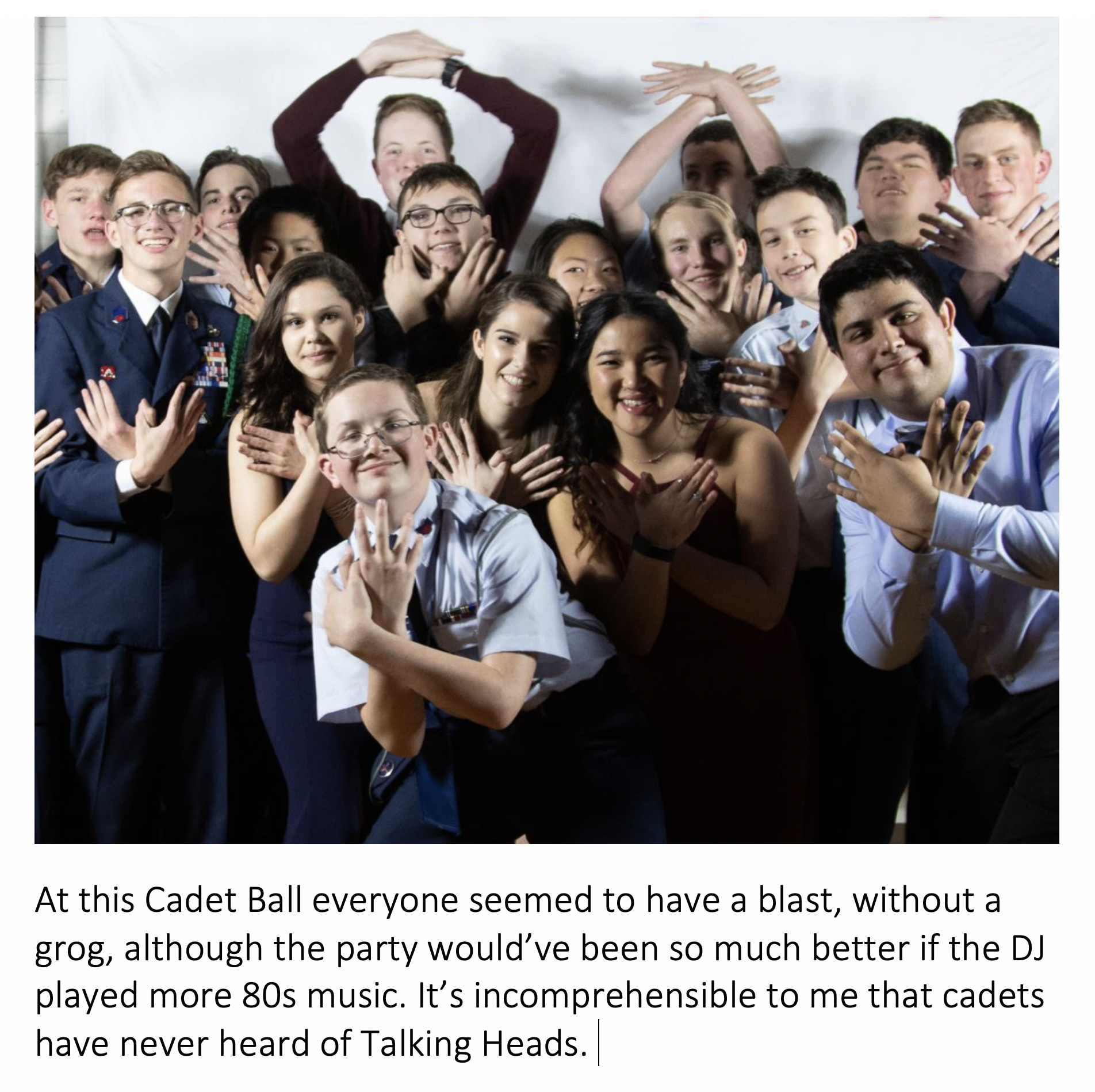 Apply the oppositional problem to flight academies. We train cadets that flying is a sobering, complex, highly-demanding skill to master. No surprise that we would never make arrangements for cadets to buzz the tower in good fun. On the drill field, cadets train for a parade. We don’t command “Pass in Review” and then hop, skip, and jump past the reviewing officer. That would defeat the purpose of the parade. Flight training and military parades are ripe for parody, but cadets are too busy comprehending and internalizing the legitimate training goals to include their parodies in cadet life.

My secondary concern about the grog, an artifact of an earlier era where “manhood” was measured by the ability to hold one’s liquor, is that the grog exists where the audience is captive. Event organizers can sincerely promise that everyone is free to opt-out of the grog, but peer pressure is nevertheless at work. Teens are at a vulnerable stage in their development. They navigate enough bullies and insecurities already without our adding another opportunity for humiliation at the grog. Complain that banishing the grog is political correctness is taking all the fun out of cadet life, but you’ll be defending what is at best silliness. America is better served by our training cadets in duty, honor, and country than in the parody of those values, and with a little imagination a Cadet Ball can be lots of fun without a grog. 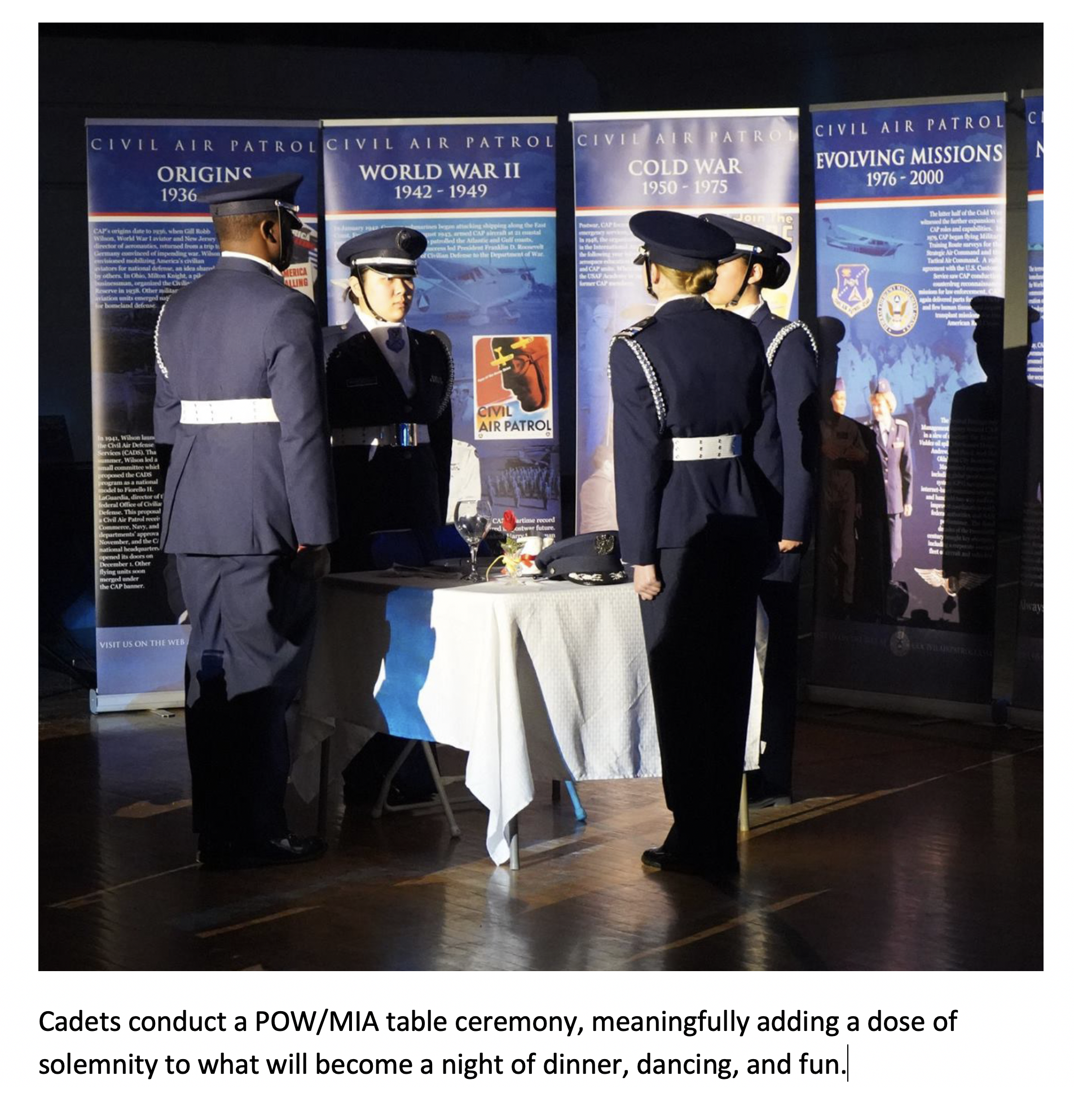 What distinguishes a Cadet Ball from a mere high school prom if we banish the military tradition of a grog? Plenty. An honor guard should provide a cordon at the Cadet Ball. Cadets and their dates can be formally announced by grade upon entering the ball and then pass through a formal receiving line. Formal toasts should be offered: “To the Cadet Corps,” “To the National Commander,” and “To the Commander in Chief.” A POW/MIA remembrance ceremony adds solemnity to an otherwise festive event. California Wing’s ball includes many of these features and the CP staff impressed me by their putting cadets through a training session on the demands of protocol.

Let the teen prom king and queen celebrate school spirit. Allow stressed, over-tasked warfighters their revelry. But in CAP, let’s use the Cadet Ball as a venue for impressive, freshly-scrubbed young patriots to learn, have fun, and show the world their Core Values.

Comments that advance the discussion are welcome. Please provide your name and email address in the fields below.